Watch WebRTC Live #51: NV – The Next Version of the WebRTC Standard with Bernard Aboba

Home 2021 February Watch WebRTC Live #51: NV – The Next Version of the WebRTC Standard with Bernard Aboba 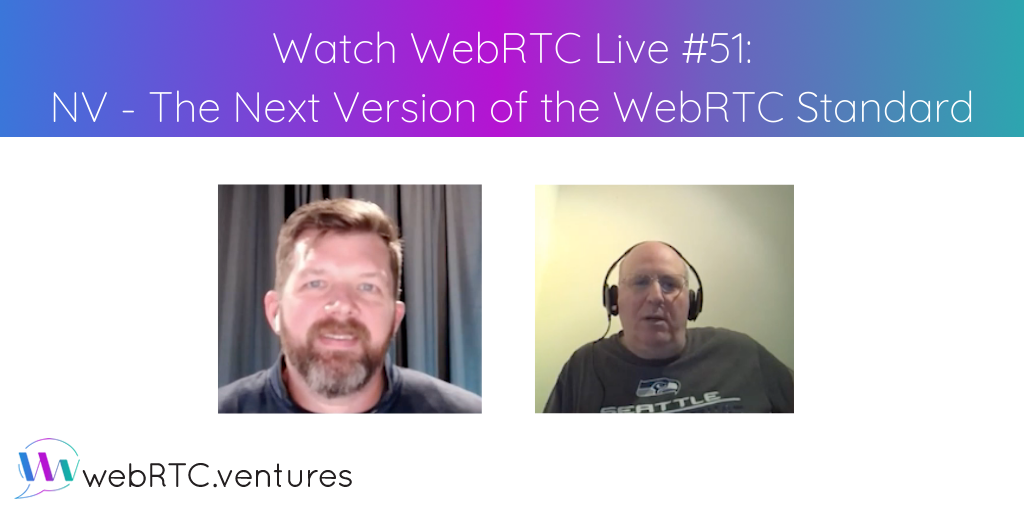 Now that WebRTC 1.0 is here, what comes next? On February 17, 2021, WebRTC.ventures produced our 51st episode of WebRTC Live. Arin was joined by Microsoft Principal Architect and W3C WebRTC Co-Chair, Bernard Aboba. They discussed what is coming down the pipe in WebRTC-NV.

This content built upon the conversation Arin had last month with Tsahi Levent-Levi on WebRTC Live Episode 50: WebRTC Trends for 2021. And also on this in-depth Q&A that Bernard did with Chad Hart on webrtcH4cKS last December.

We’ve replicated much of the information from the presentation slides below for ease of assessing all of the helpful links that Bernard provided. Come back after watching the episode!

Join us for WebRTC Live Episode 52 on Wednesday, March 17:
Automated Testing for WebRTC

What Does the W3C WebRTC WG Work On?

Extensions to WebRTC PeerConnection, such as:

Extensions relating to Capture, such as:

Standalone specifications, not related to PeerConnection or Capture, such as: